Anthony Borgia and the Spirit Books he Authored.

I was very taken with the six volumes of Anthony Borgia’s work that I first discovered, and I also noticed at that time that it appeared his legacy was disappearing. No one, any where in the world had made a decent effort to chronicle all his publications. This is a start, and I would value feedback from anyone who knows something not stated here, or has a book that I am looking for, or perhaps have not yet identified. 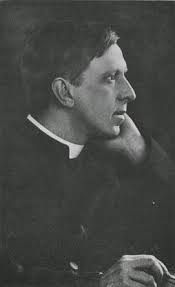 Anthony Borgia (1896-1989) was a medium who transcribed the thoughts of a deceased priest and author whom he had known in life. The Catholic priest’s name was Monsignor Robert Hugh Benson (1871-1914), and he was a son of a former Archbishop of Canterbury, Edward White Benson. Benson was first a priest in the Anglican tradition, but later changed allegiances and re-qualified as a Catholic priest. Borgia knew the Monsignor while he was still a boy. They met in 1909 when Anthony was 13 years old. Benson was appointed a supernumerary private chamberlain to the Pope in 1911 and, consequently, styled as Monsignor. He was a prolific author, both of fiction as well as religious tomes. He died at age 42.

From the Spirit World, the Monsignor dictated a wealth of scripts to his friend, Anthony Borgia, and many of these were converted into books. He has a great deal to say, which he hopes will correct the teachings contained in his previous influential Christian books, written when he was living on earth. However the books that have religious commentary in them are only “Facts” and “More Light”. Neither of these books are particularly popular compared to the others indicating it was wise to stick to non-religious topics in the bulk of the books. The books that Anthony Borgia is known to have written, which include the words of Robert Hugh Benson are:

BEYOND THIS LIFE (1942) This book is the first part of the later 1954 publication “Life in the World Unseen”.

THE WORLD UNSEEN (1944) This book is the second part of the later 1954 publication “Life in the World Unseen”.

ABC OF LIFE (1945) This book has a different preface to the later republication under the title: “Here and Hereafter”. In this preface reference is made to the two books above as forming a trilogy. Subsequently the first two books were combined into the later “Life in the World Unseen”.

HERE AND HEREAFTER (1959 but is identical to the main content of ABC OF LIFE. It has a different preface, and an additional introduction.)

The links above will take you to where these books can be obtained, and some free e-books are available.